The latest IMF data shows that Germany increased its gold reserves during the month of September. While the increase of 90k ounces of gold ($135 million worth) is not significant to their 108 million ounce total, this does mark the first time the German Central Bank has added gold to its reserves in 21 years!

Germany is the 2nd largest holder of gold reserves in the world behind the United States.

It is also significant considering that Germany is the 2nd largest holder of gold reserves in the world behind the United States. Gold also represents a large percentage of Germany’s total reserves at 72%.

Note that we are only including countries on this list. The IMF would actually slot in at #3, above Italy and below Germany, with 2,814 tonnes.

For those that prefer looking at reserves in ounces, here is the breakdown:

In other words, Germany has the financial might to create massive new demand in the gold market and potentially send the price soaring higher.

If this represents a shift in policy, it would reverse a steady trend of selling by The Deutsche Bundesbank, the central bank of the Federal Republic of Germany. The chart below shows German gold reserves in tonnes over the past 20 years.

Germany has been in the headlines for completing a four-year repatriation operation to move a total of 674 tonnes of gold from the Banque de France and the Federal Reserve Bank of New York back to its own vaults. Clearly, German leaders are placing increased importance on not only holding a large amount of gold but having it in their possession.

Turkey, which also increased their gold holdings in September, followed the move by Germany and repatriated all of their gold (220 tons) held at the Federal Reserve in 2018. Turkish President Erdogan seems to be on the de-dollarization train. Last year he called for the International Monetary Fund (IMF) loans to be paid in gold and not U.S. dollars.

“These debts should be in gold. Because at this point the karat of gold is unlike anything else. The world is continually putting us under currency pressure with the dollar. We need to save states and nations from this currency pressure.” – Erdoğan

This move by Germany could also foreshadow a new trend for the European System of Central Banks, which could exert even more demand on a gold market that is already seeing increased demand from investors. The gold price has increased 25% in the past few years in dollar terms and much more when priced in other currencies. In fact, while gold is still $420 below all-time higher in U.S. dollar terms, it has rocketed to record highs priced in multiple currencies including the British pound, the Japanese yen, the Canadian and the Australian dollars.

What does it all mean?

The non-anglophone central banks have seen the writing on the wall for the US dollar, with Russia and China leading the way in gold purchases and attempts to circumvent using the dollar in global trade. They have been planning for a post-dollar-reserve financial world for quite some time, but only lately are we seeing European “allies” doing the same.

Then again, they aren’t exactly known for making wise investment decisions, as Gordon Brown sold half of the nation’s gold at the precise bottom in the market during 1999. Ouch!

While we caution not to read too much into a single month of gold purchases by Germany, it is the first in 21 years and part of a larger trend globally of de-dollarization and reversion to sound money for reserves.

At Gold Stock Bull, we have been profiting from the advance in the gold price over the past few years and have been building a portfolio of quality mining stocks that are deeply undervalued. We favor junior and mid-cap mining companies with high grades, low costs, seasoned management, blue-sky exploration potential, and mining-favorable jurisdictions. If you would like to view our portfolio and receive all of our investment research, you can sign up here. 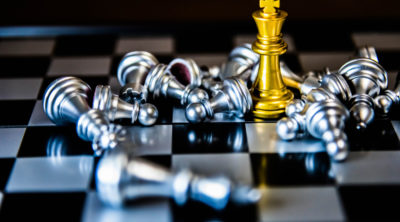 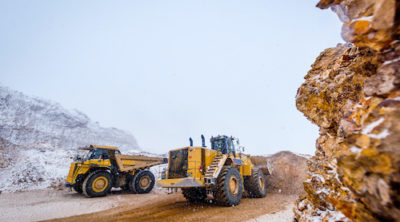